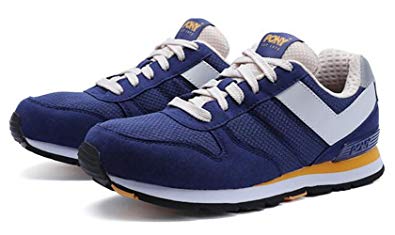 Be casual with classy pony shoes

Too silly to be wore by adults, too mature to be worn by kids. Pony shoes are the “new” trend in the youth demographic. Pony shoes are Expensive yet comfortable, luxurious yet cheap-looking. You may think that I’m a bit harsh on their costliness but prices don’t lie. Pony shoes can move between 30$ to 200$ easily on the market.

Pony shoes started their reign not long ago. A sort of hybrid of sneakers and old fashion sport shoes. They come in varied shapes and colors. Their father – the Pony Company was producing footwear for over 40 years now. It has now become one of the top athletic brands worldwide. It had produced shoes for basketball championship athletes In every major sport. Those basketball sneakers have now morphed into the now oh so trendy Pony Shoes.

One of the main reason people wear these Pony shoes is because of the massive brand behind it. Popular athletes wear shoes alike which magnetizes the young crowd into buying them with the help of clever marketing tactics and social pressure from the media as it is a symbol of the “hip” teenager nowadays. Young adults wearing popular basketball Pony shoes with long sleeve shirts and jeans in the summer… You can see Pony shoes everywhere and at all time as besides winter you can wear them on every season as they are closed enough to wear in the cold time of the fall and light enough to wear in the heat of the summer.

Aside from their fashion status, Pony Shoes have perks of their own. Being trendy often time ensures good quality (well, most of the time). You’ll hear the same thing every time you’ll want to buy one: “designed with a solid-toned canvas upper with color contrasting synthetic side panels”, “blending classic and innovative design with relevant performance benefits.” With attributes like: Canvas upper and inner, round toe, classic brand logo, toe cap, lace up, rubber sole… In short, in terms of sports, this shoe trumps any of its competitors. It’s a shame that it became mainstream even outside of its predestinated field as its practicality outweighs its style advantages. It’s as if you were wearing sweat wristband just to look better in public. Well, I guess the word “fashion” sure shows again its synonymity with the word “trend” and “style”.